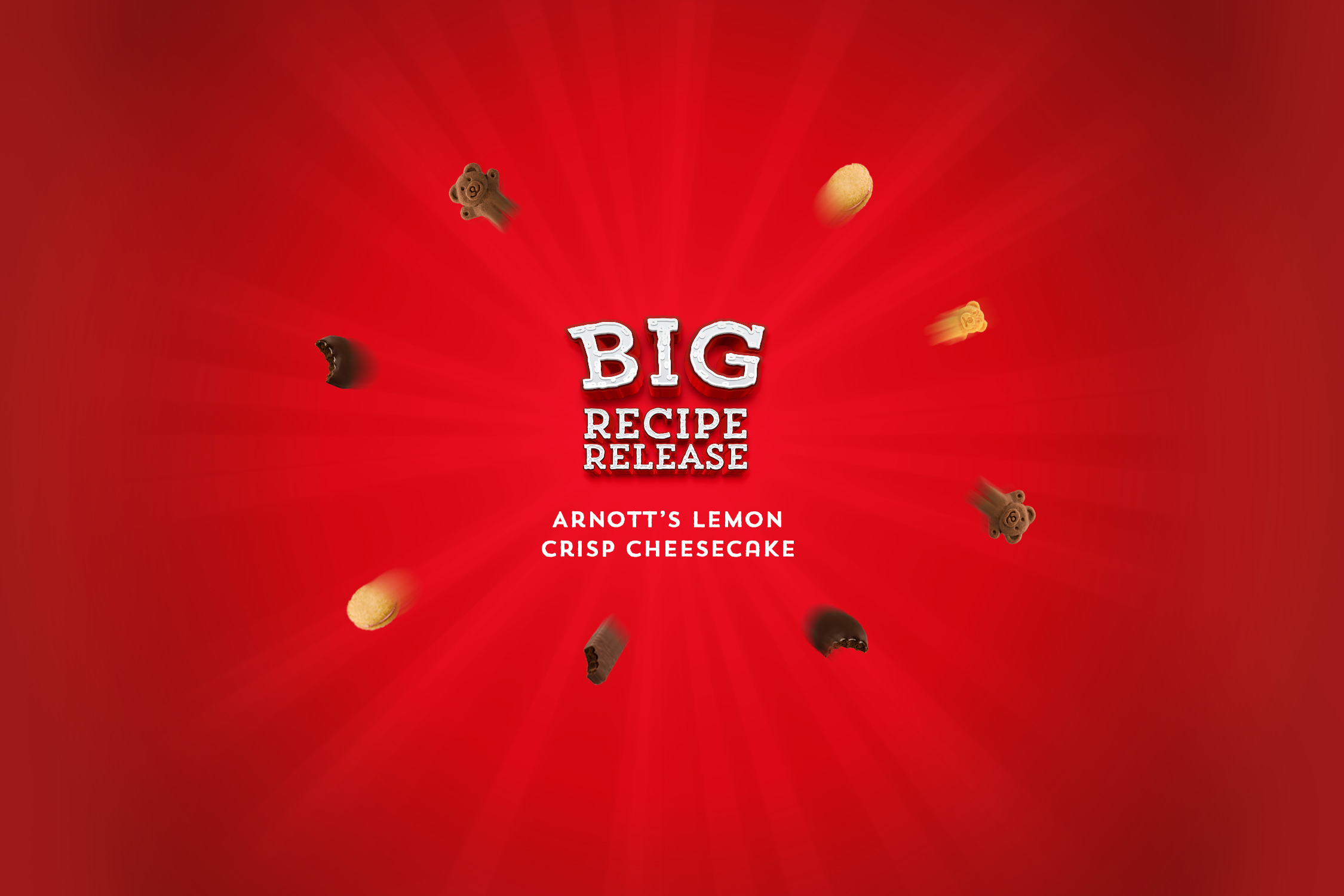 When life gives you Arnott’s Lemon Crisp bikkies, make a Lemon Crisp Cheesecake! That’s how the saying goes, right? This week, find yourself in double dessert heaven with this delicious no-bake masterpiece. Its creamy filling is delicately balanced by the Lemon Crisp base while soft peaks of Swiss meringue create a luxurious mouthfeel that’s sure to impress. Sound good? Clear some space in your fridge and get ready to whip!

Divide mixture between 4 x 10cm springform pans. Flatten the mixture with the back of a spoon and place in the refrigerator to set.

Meanwhile, sprinkle gelatine over 1tbsp of boiling water in a small heatproof jug or bowl. Whisk with a fork until the gelatine has dissolved. Set aside to cool.

Using an electric mixer, beat the cream cheese and sugar until light and fluffy. Gradually beat in the gelatine mixture until combined. Fold in the whipped cream then pour the mixture over the base. Place in the refrigerator to set.

Combine the sugar and water in a small saucepan. Cook until the syrup reaches a temperature of 110•C or around the soft ball stage.

Place the egg whites and lemon juice in a small bowl and beat for approximately 2 minutes. Gradually beat in the hot sugar syrup, beating until you have glossy, firm peaks.

Pipe meringue onto your cheesecake filling. Use a blow torch or place under a hot grill to brown the edges.

Check out other recipes from Arnott’s Big Recipe Release here.

We want to see your Arnott’s Big Recipe creations!

This is how you can participate:

Stay up to date with new products, delicious recipes, exciting promotions and more!